Working on a team, I played a key role in designing and concepting the look and feel for the Fall 2014 promotion. Utilizing illustrations from the seasonal coffee packaging, I found new ways to use these assets across merchandising, banners, and signage to evoke the excitement of Fall and promote the release of PSL. Custom metallic inks were created for the banners as well as metallic golds were screen printed on the merch bay displays. Pumpkin Spice Latte fanatics were the key focus for the banner strategy, so PSL branding was used as the dominant focus and the fall illustrations complimented the bold white silhouette as the background. Anniversary Blend was promoted on the merch bay by telling the process story of bean aging with black and white photography, and fall illustrations. Anniversary Blend was proudly featured on shelves as art by a bold riser box and a gold frame. 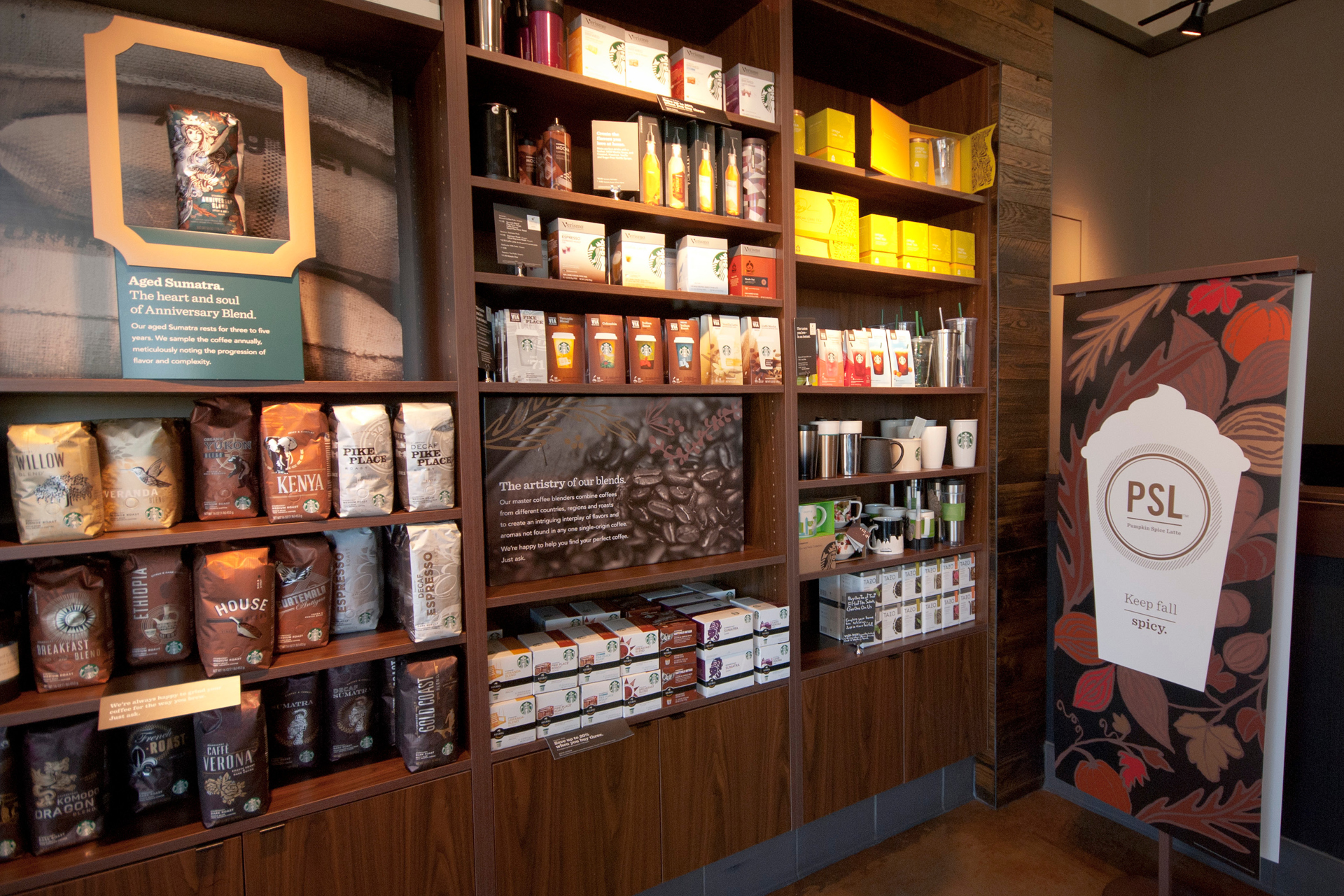 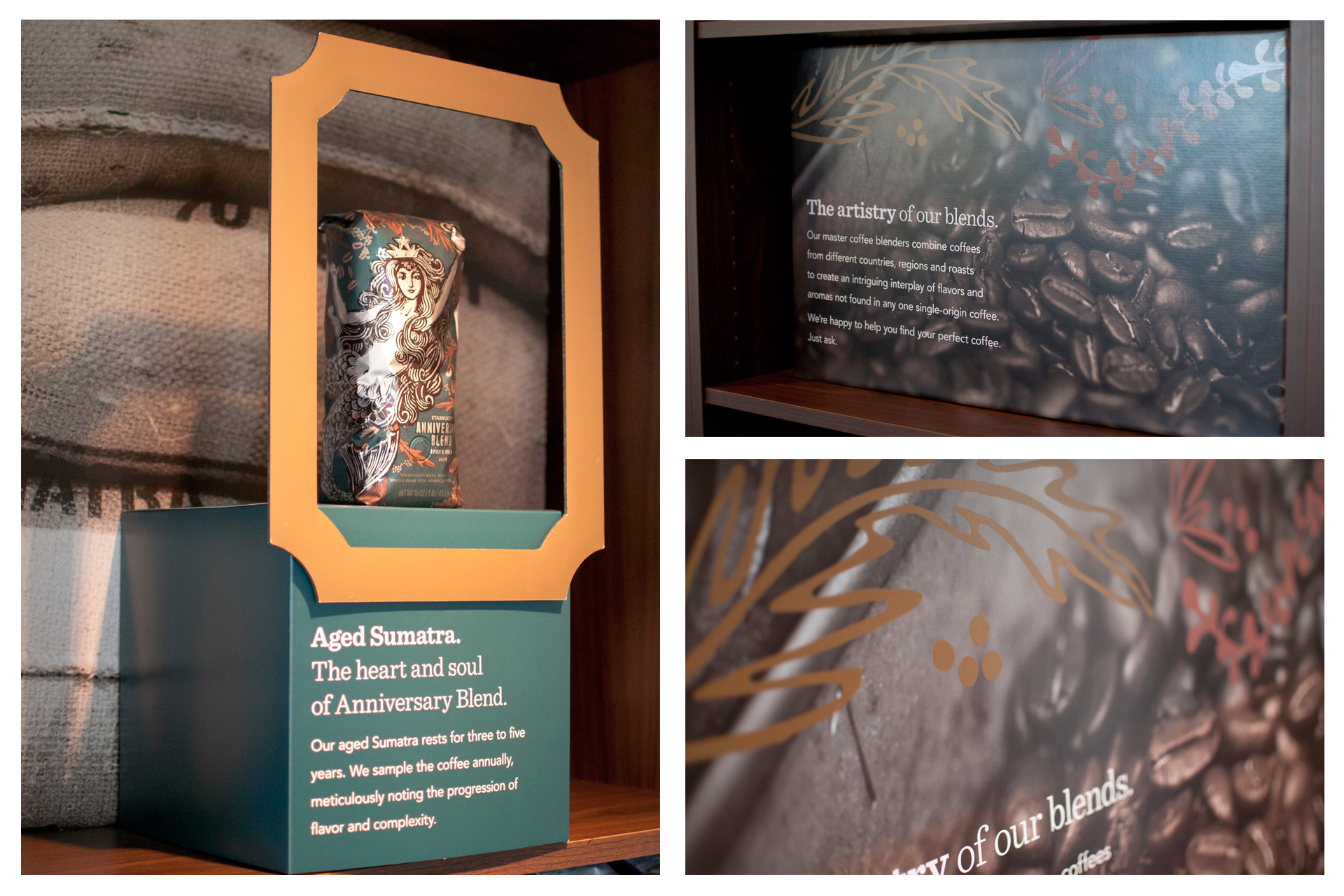 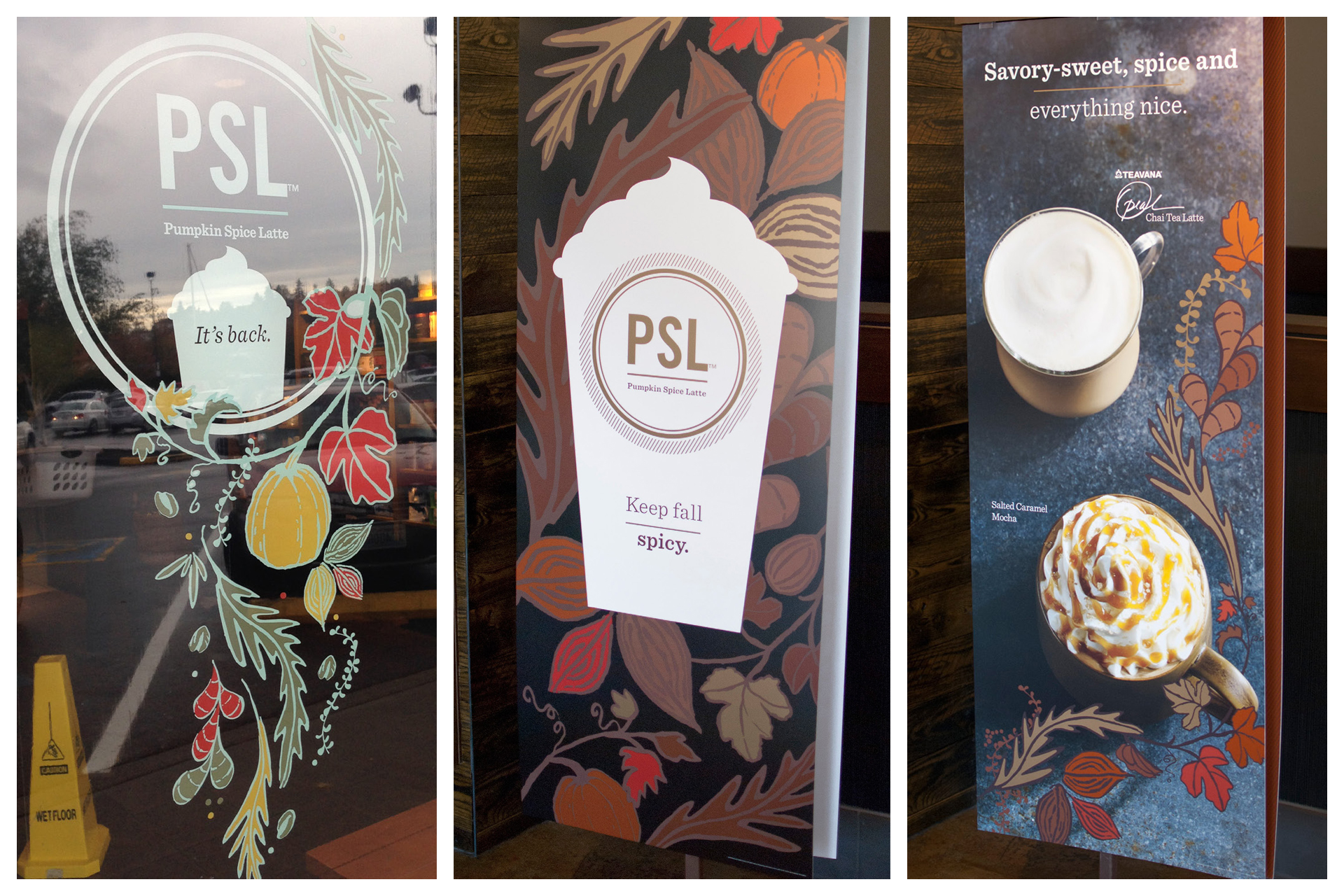